Today , I want to show you what took me 24 hours to make . It's this little girl's coat for Nicole my sister's 10 year old grand-daughter. 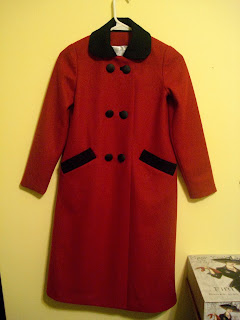 I think the reason it became so overwhelming was that since it was to be a surprise, I couldn't try it on her and I agonized over every step in fear it wouldn't fit her in spite of having taken careful measurements of Nicole, one day.. That's a lesson for me. Never again will I make anything for anybody if I can't have a fitting or two along the way.
The fabric is a very expensive wool Melton. I spent $105 for fabric, lining. etc.That was another source of anguish for me. What if it wouldn`t fit!
The only suitable pattern I could find anywhere was one from Burda Style, the Dec. 2009 issue.As you see below I changed the pockets from patch to welt.I love that look. 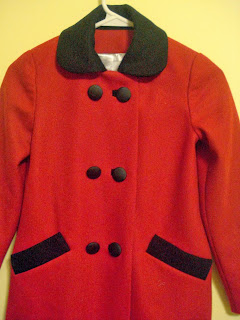 Also I made bound buttonholes because none of my machines like heavy fabrics for buttonholes. 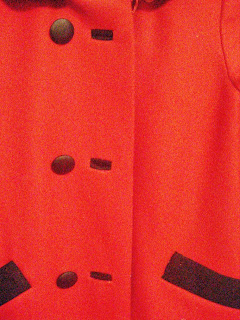 I used a silver Kasha lining, interfaced with Fusiknit and used shank buttons. All materials were bought at Fabricville. 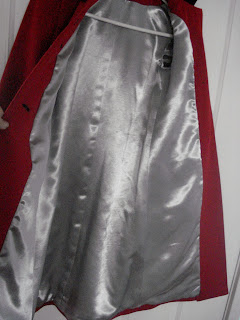 I was promised a pic of Nicole wearing her coat which fit her by the way but probably won`t fit next year!!!!
As the photo wasn`t forthcoming I`ll show you Riley in the nightie I made for her.I also made Poppy one but she got it dirty before the picture could be taken. 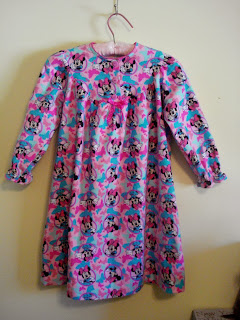 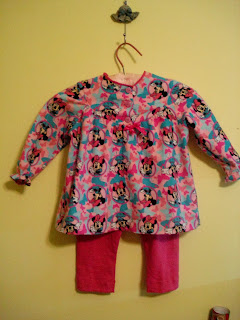 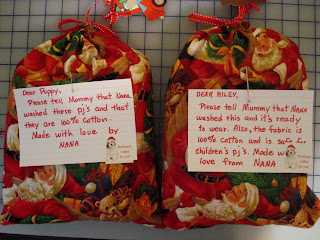 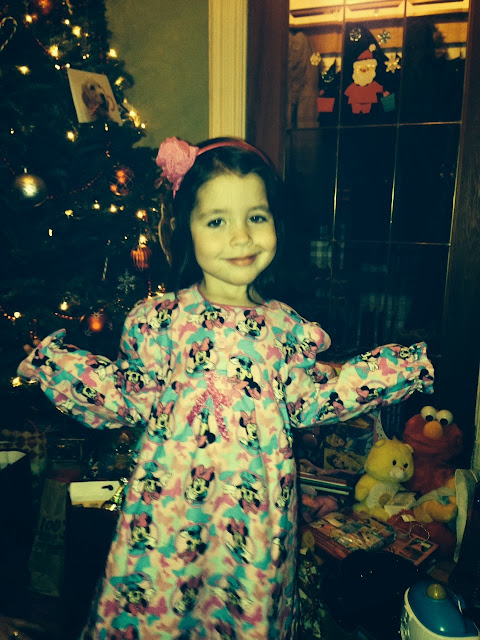 Like probably most of you, I`m glad that Christmas is over and things are back to normal.
I`ve been sewing. I finished a UFO! and a top which I`ll keep for later in the week.
I`ve been visiting your blogs. I`m sorry if I haven`t left comments. I needed a break from the computer.
My husband and I have been glued to Netflix, a gift from Tamara, instead!